Throwing out my comb — finding freedom in a head shave 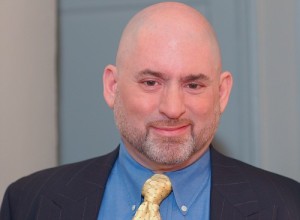 On November 7, 2007, I prepared for surgery. The next morning, I would go under the knife for the second time in 31 years, to sew up my torn rotator cuff. The cuff had bothered me for years, and a serious of traumas, pulls, bashes and accidents finally caused the old boy to just give out. Alas, I would not be helping the Yankees pull out another big November.

I spent the first couple of weeks after surgery trying to find a comfortable way to fall asleep. In the first week, I slept upright in my “Archie Bunker” Easyboy chair, wrapped in support material, an ice cuff for my shoulder with flowing ice water, and much in the way of a “little help from my friends,” including Percocet and Valium. I had neglible movement you need. This recalls McCartney singing, “The movement you need is in your shoulders.” How right he was.

When I was finally able to get out, I discovered a new casualty of the surgery was an inability to comb my hair. I’m actually left-handed, but right armed, and needed my right arm to make the most of my thinning head of hair. I took on the art of the baseball cap, and even the sort of Irish hat worn by John Lennon in “A Hard Day’s Night.” But what to do about this hair, not to mention the growing salt-and-pepper beard? I ventured down to the Village one night, to a store on Christopher Street that I recalled had a little old Italian barber would cut off my hair for $10. I thought I had the right place, but everthing was wrong. It was a young, gay place with higher prices. Still I decided that $25 to shave my head and trim my beard would not be so bad. I was terrified — I asked for opionions, an we settled on him cropping my head close and stopping, and then decicing on whether to go further. The bartender would make odd comments like how he dated an “older man” once who had a salt-and-pepper beard like mine. Ultimately, when we got it to a buzz cutt, I asked for more feedbck on going “skin to skin.” I decided I’d come this far. So there it all went — shaved all the way down

Later, I learned how freeing this was. I no longer had to worry about my thinning hair, No special products, no gels, no losing combs. Thankfully I had the right head for this sort of thing. No new headshots must be taken, as I look nothing like my web page anymore, even though the pictures date back only nine months. Other than those odd moments when I pass a reflecting and am started by the image reflected back to me, I’ve grown accustomed to my face. Why I almost made my day begin….